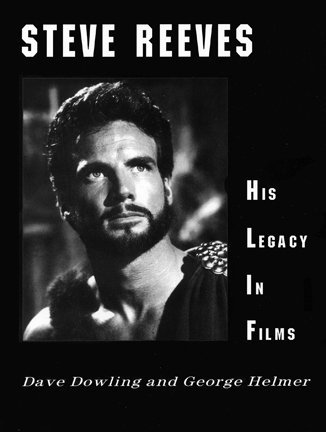 Steve Reeves His Legacy In Films

Over 260 pages of everything you ever wanted to know about Steve Reeves Stage, Television and film works. Many hours of taped interviews with Steve that we included information and direct quotes from Steve about these films. Book was written by Steve Reeves film historians Dave Dowling and George Helmer. Full of great photos from Steve's private photograph collection and collectable documents images. If you want to know everything about his films then this is the book for you.

Save this product for later
Display prices in: USD
Home